I helped Ogilvy & Mather Chicago design a tablet experience to support the University of Chicago's bid to win the Obama Presidential Library project. 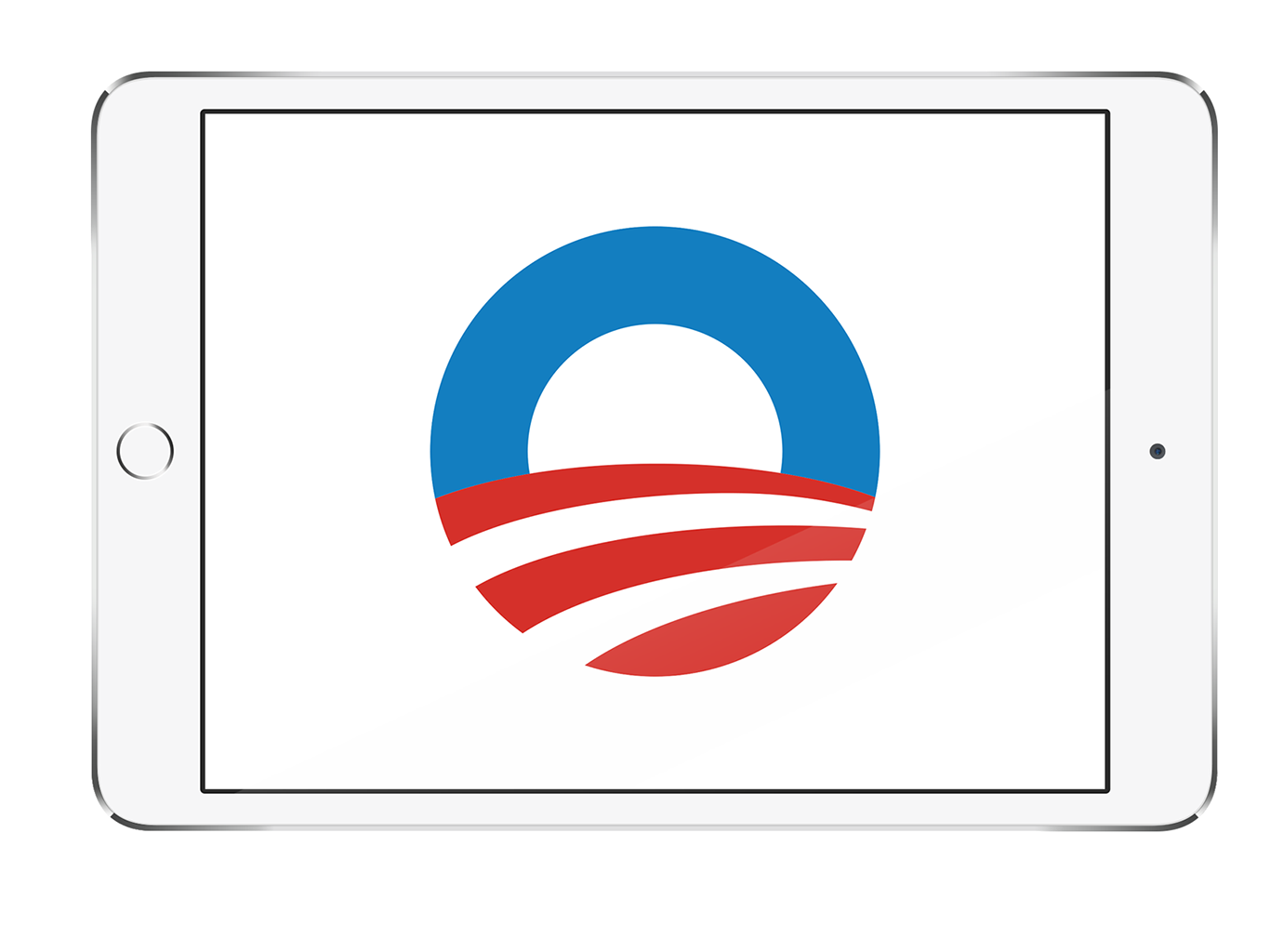 At Ogilvy & Mather, I collaborated with the creative team to design and develop a tablet experience to support the University of Chicago's bid to land the Obama Presidential Library. The primary piece of this project was a large bound book containing research, site designs from multiple architectural agencies, interviews with residents living near each of the proposed sites, and extensive photography of neighborhoods around Chicago's south side.
To play off President Obama being known as the first "digital president," we created a tablet application that would sit in a custom-designed tray in the back of the book, to be used by the president and the selection committee to browse digital versions of the material in the book, including video interviews.
The project required extensive exploration of technology constraints, and found us attempting to solve a range of issues such as keeping the device in kiosk mode at all times (to literally ensure the Obamas' children wouldn't run off with it or treat it like a normal iPad), and ensuring it would arrive fully charged, with backup batteries available.
It was a truly unique project that more than a year later certainly played a part in the university - and the city of Chicago - winning the library bid. It was perhaps the most narrow audience I've encountered for any project, but definitely fun to realize the president of the United States would be using something we created. 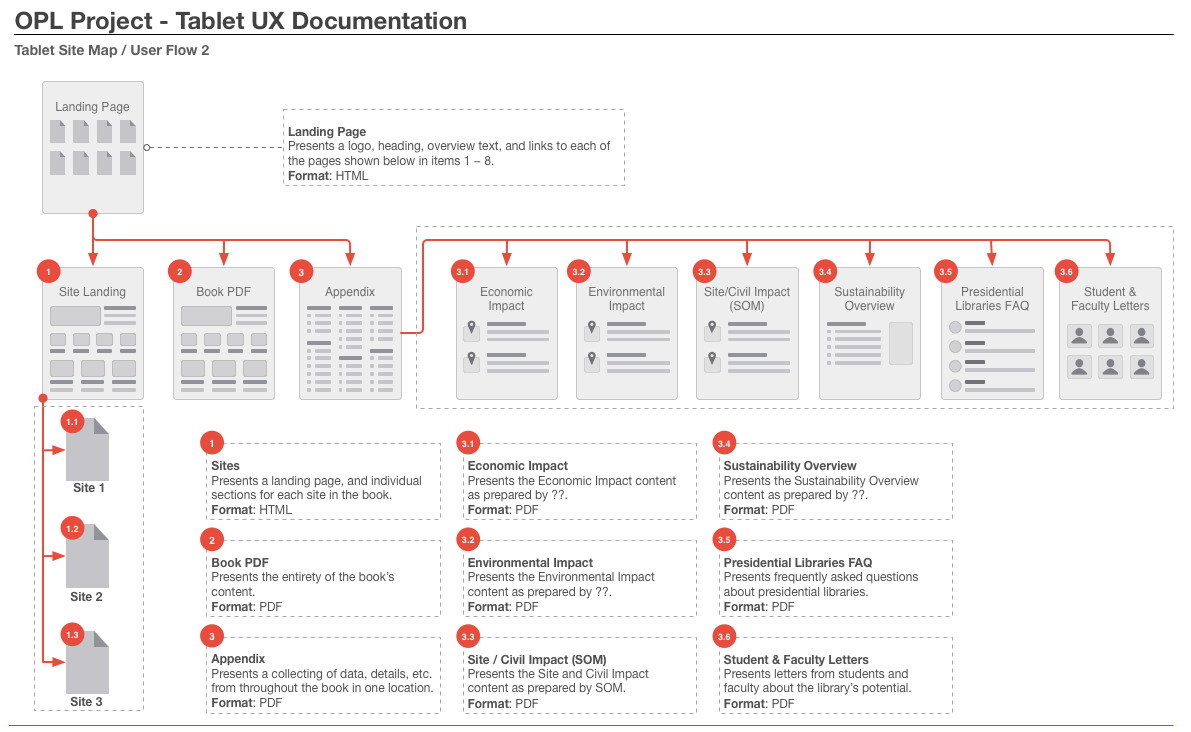 This user flow identifies the organization and flow throughout the experience, from a landing page through chapters that align with the printed book's organizational structure. 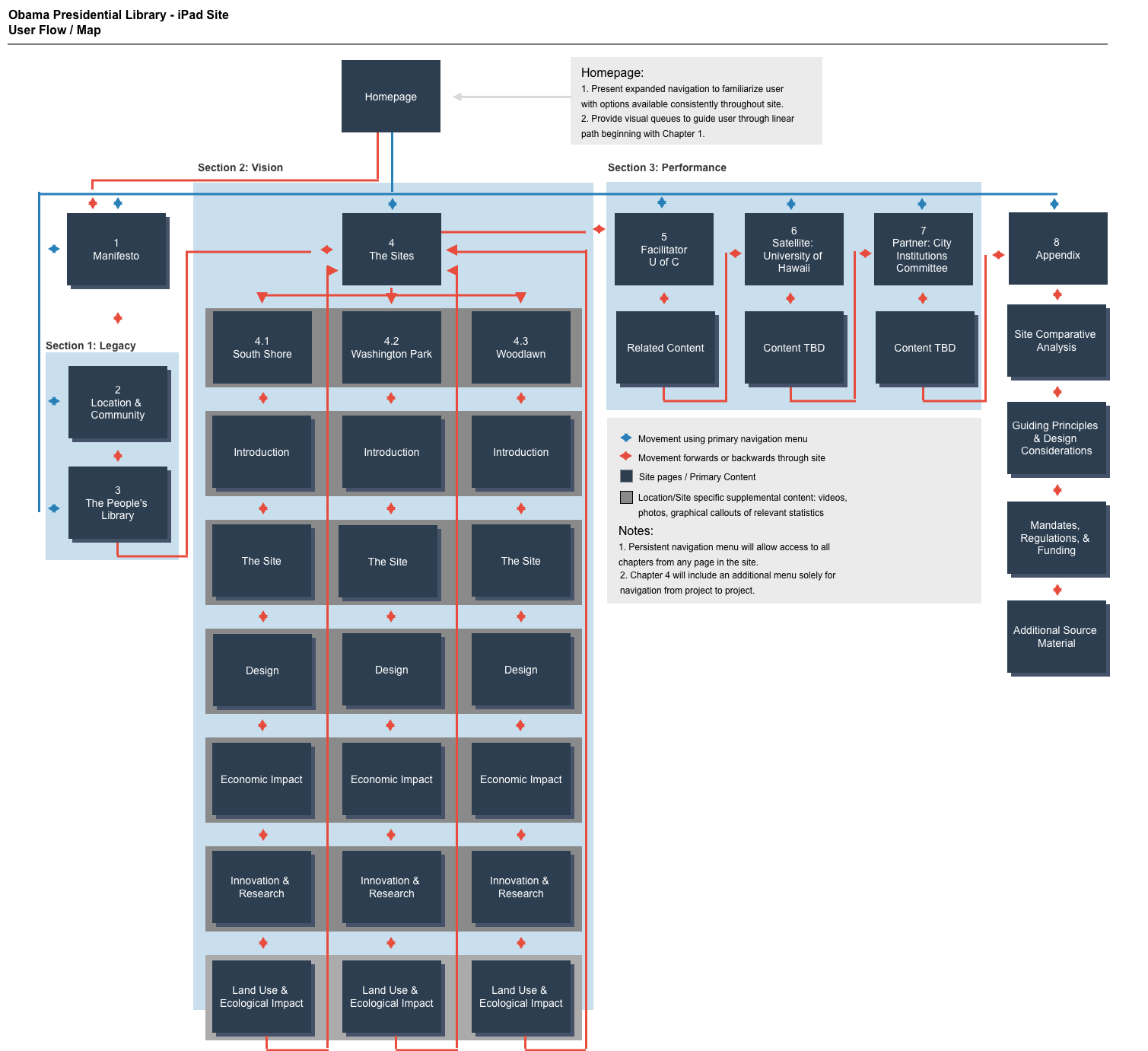 This diagram maps out the expected flow through the experience, organized around content sections. 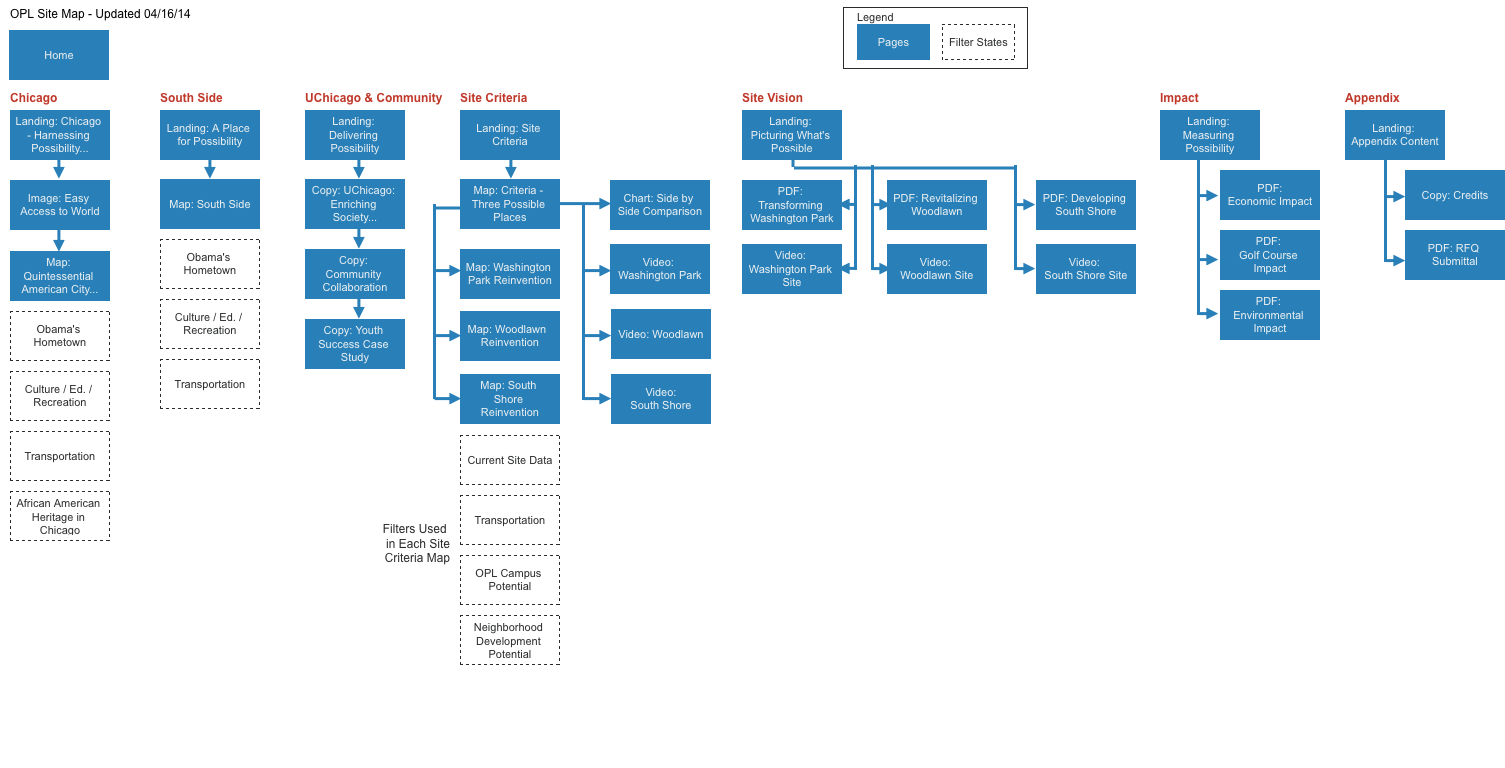 Another take on how we could organize the site, and incorporate filtering into the experience for easy review of site and architectural criteria. 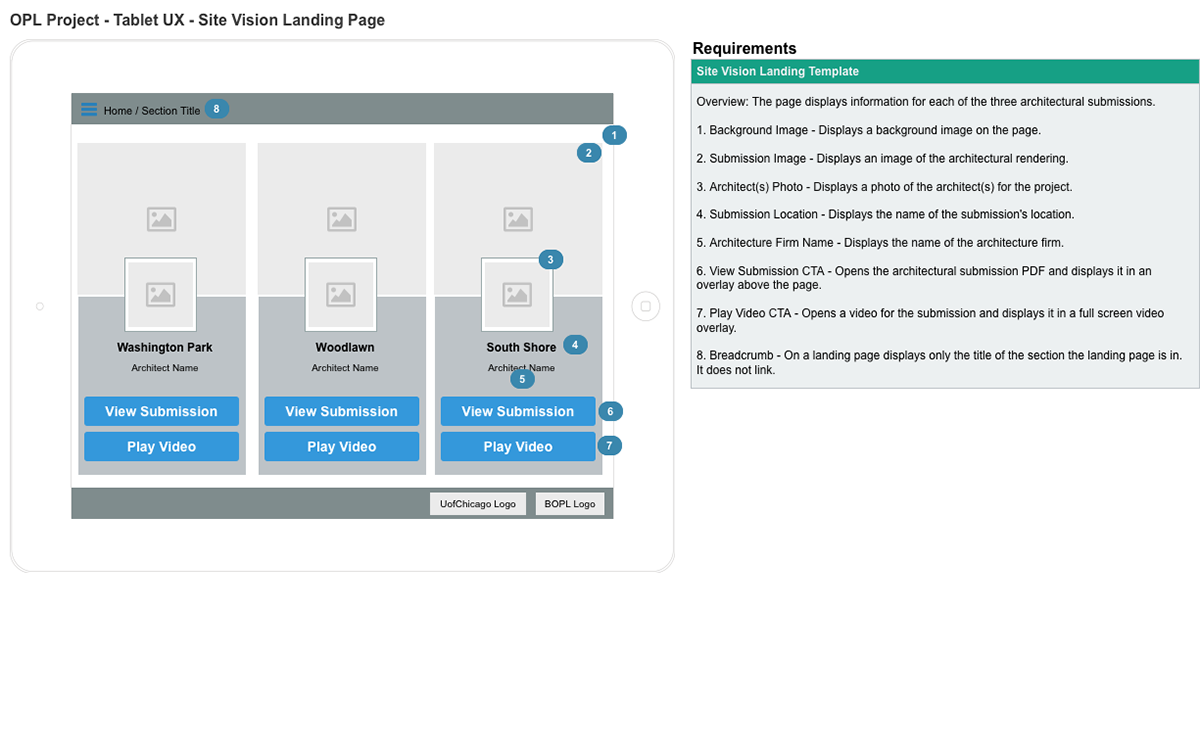 This page shows how users would access content about each of the submissions, with each included a video about the site. Key to the experience was a navigational structure that maintained the suggested linear flow, but allowed for easy browsing between sections. 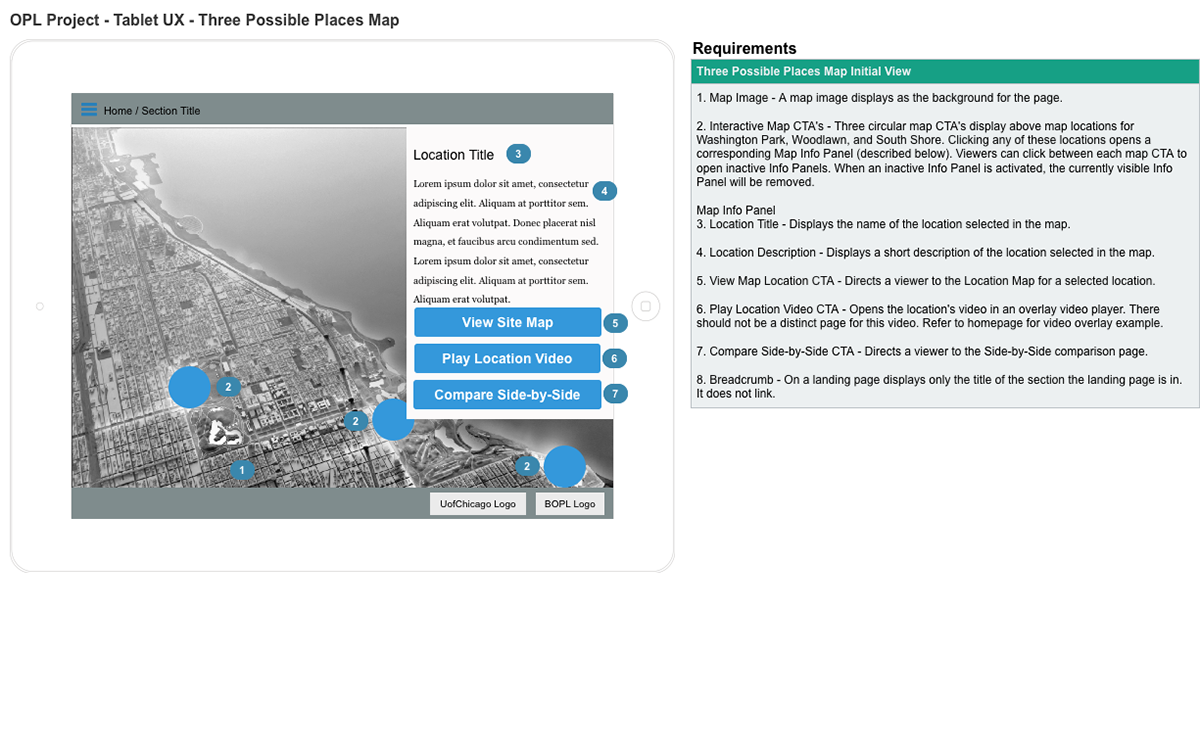 This page shows a flyover view of the south side of Chicago, with each of the larger blue circles representing areas users can zoom in on to see content about that site. 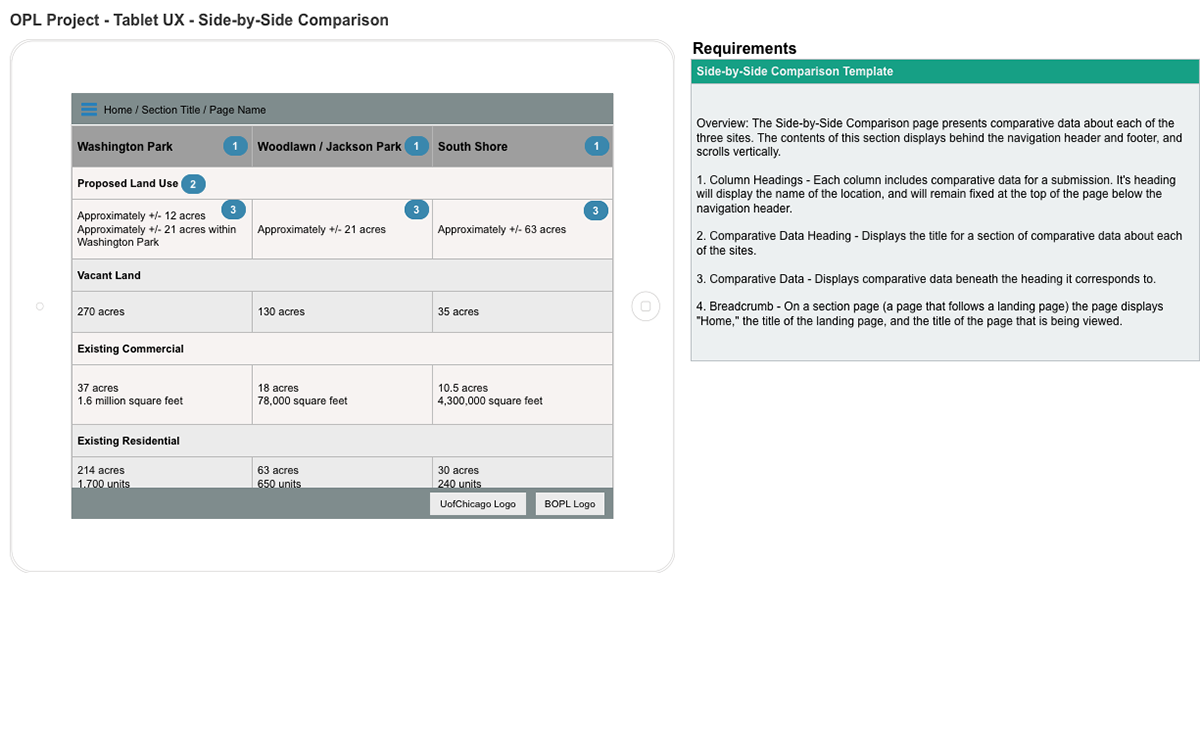 This page allows the user to scroll and compare site details, such as proposed land use, available commercial property, and other important differentiators.